A BABY was found hours after cops launched a frantic search for a car stolen with the four-month-old in the back seat while his mum shopped.

Police in Adelaide, Australia, said a man in his mid-20s pinched the vehicle early from outside a deli on Monday morning.

The driver, a Caucasian male with dark hair, pulled up in a Mazda ute – which had also been stolen – at about 7.45am local time.

He then got into a 2009 white Honda Jazz hatchback that had the tot inside and drove away as the baby’s mother shopped inside the deli.

As she realised her car was being stolen, the mum dropped her shopping on the floor and ran outside to try and stop the thief – but it was too late, a worker from the deli told 9News.

Police launched a desperate search for the car.

The four-month-old was missing for almost two and a half hours when the car was found abandoned at 10.09am in Enfield – some 12km away.

“We can confirm the child is safe and well,” Superintendent Matt Nairn said.

The child was reunited with his distraught mother.

Superintendent Nairn confirmed police were on the hunt to find the thief, who is potentially looking at kidnapping charges over the incident.

“To call it despicable is an understatement,” he said.

The man and the mother and child are not believed to be related, police added. 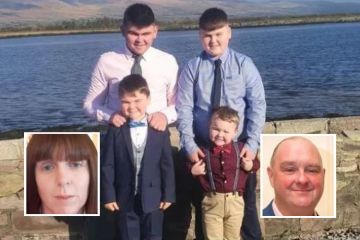 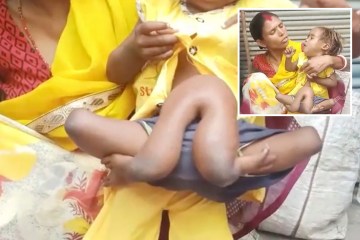 It’s understood the owner of the car, a woman, had just put her child in the back seat when a man pulled up and jumped in.

Senior Constable Gen Cullinan told ABC Radio Adelaide: “It appears to be random at this stage.

“It would appear they’ve dumped one car and then literally tried to take another car so there’s no indication these people are known to each other.”

People who have spotted the Honda Jazz are urged to call police on 131 444.

Cops have warned people not try attempt to pull the car over themselves.