A WOMAN crossing a railway dodged death twice as she went back to pick up a water bottle after being rescued from a train.

Video shows the woman crossing the line between two platforms at the station, rather than using the nearby footbridge just a few yards away.

The incident happened at the Shikohabad station in the Indian province of Uttar Pradesh, NDTV reports.

A quick thinking station worker, named in local media as Ram Swaroop Meena, races to drag the woman dressed in yellow back on to the platform as a train approaches.

But as he picks up her back and stands back she bends down to pick up the water bottle sitting on the platform.

She picks up the bottle and gets her head out of the way in a fraction of second as the train hurtles by. 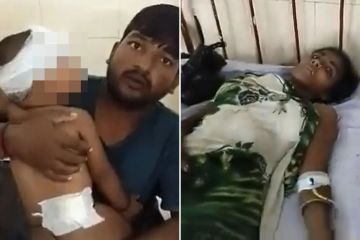 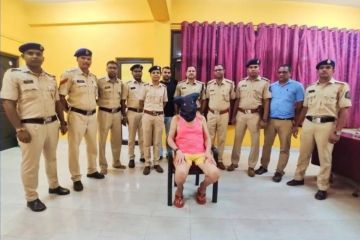 As the train passes the woman then walks casually away, seeming unperturbed by her brush with death.

A policeman calls her back for a word and two other rail workers join in attempting to point out what might have happened but she walks casually away,

Earlier this year a woman in Argentina said “I don’t know how I’m alive” after she fainted and fell under a moving train in incredible scenes captured on CCTV.

The woman, named only as Candela, lost her balance and tumbled off the platform at Independence Station in Buenos Aires.

Footage showed Candela becoming unsteady on her feet, tipping forward and stumbling towards the onrushing train.

Onlookers feared the worst after she and disappeared down a gap between two carriages.

Several witnesses including a man in a baseball cap can be seen in the footage raising their hands to their head in shock.

But she was miraculously rescued alive from the tracks after the train stopped. 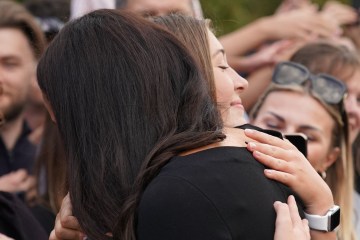 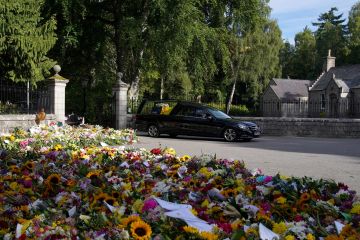 A woman in Brazil also miraculously survived after being pushed onto the tracks.

And a man who survived after falling under a moving train spoke of his trauma after having his arm amputated.